Building trust and maximizing influence
through the power of STORYTELLING 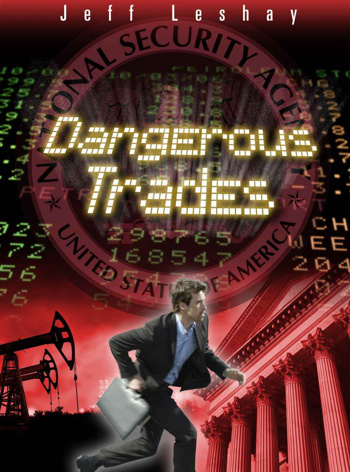 A Novel by Jeff Leshay

“A smart, fast-paced, and wholly engaging novel that
feels as if it truly were ripped from the headlines.
‘Dangerous Trades’ is an investment you can count on.
I thoroughly enjoyed it!” 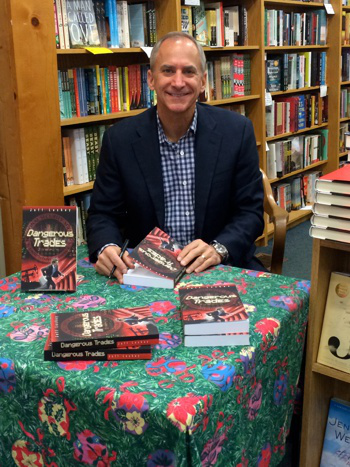 Drawing from his own experience as an award-winning TV news reporter with CNBC and Fox News, Jeff Leshay’s thriller, “Dangerous Trades,” takes readers on a deadly, news-breaking ride. After receiving a series of mysterious tips about a threat to global oil supplies, and armed with classified NSA intelligence, CFNN business reporter Mark Jamieson breaks a major, market-moving story. Oil prices shoot sky high, and stock prices plummet. Jamieson’s sources and reporting, and even his motivation, quickly come under fire. Facing mounting allegations and a looming deadline, his pursuit of the truth leads him well beyond Wall Street and into the murderous shadows of national security and covert operations. Jamieson’s return to the relentless brand of investigative reporting that had once made him famous, but which had wreaked havoc on his personal life, will put him directly in the crosshairs of an assassin. With the assistance of a sharp and alluring producer he has mentored, Jamieson embarks on a murderous trail that just may lead to the biggest story of his  career – that is, if he can survive to tell it. When covering Wall Street means uncovering devious market manipulation, the lead story is one of DANGEROUS TRADES. New York Times Best-Selling Author Christopher Reich offers his take: “A smart, fast-paced, and wholly engaging novel that feels as if it truly were ripped from the headlines. ‘Dangerous Trades’ is an investment you can count on. I thoroughly enjoyed it.”